By Lindsay A. Rosenwald, M.D.

A new generation of biopharma companies is focused on a tried-and-true strategy, but one that is new to our industry: creating “fast follower” treatments to provide alternatives to blockbusters by offering similar and sometimes superior safety and efficacy at a lower cost. Specifically, these companies are looking to meet the demand for greater access to treatments by following the development paths of available treatments – which saves years and millions – while not sacrificing safety or effectiveness. The potential reward for these upstarts: billions of dollars of revenues by taking a piece of the incumbents’ business.

We’ve witnessed companies thrive by following a fast-follower strategy in many industries. In tech, MySpace was upended by Facebook, and Google has taken over the search engine space where Yahoo once reigned. Amazon started with selling cheaper books, and now its services extend widely including having its own pharmacy and video streaming service. Even Apple has been a fast follower since Day 1. These companies copied what was working and created better answers for what wasn’t – all while considering ongoing paradigm shifts in their respective environments.

While the life sciences industry has its own set of rules, biopharma fast followers are using similar tactics to these tech companies. They employ an entrepreneurial, start-up mentality and diversified business models that enable them to be more nimble than larger industry competitors. And they target huge markets with room for multiple players.

The most visible example of this approach in biopharma is EQRx, a start-up that has achieved unicorn status as it plans to go public. The company envisions spending $200 to $300 million per drug program, and ultimately selling approved treatments at prices 50% to 70% lower than incumbent products. Established less than two years ago, EQRx has already built a pipeline that includes more than 10 clinical programs including two pre-registrational oncology assets that have shown promising Phase 3 clinical data in non-small cell lung cancer (NSCLC) and two later-stage product candidates developed to treat HR+/HER2- breast cancer and liver cancer, respectively. After presenting positive Phase 3 results at ASCO 2021 comparing its EGFR inhibitor aumolertinib to AstraZeneca’s Iressa®, the company planned to begin talks with regulators.

Checkpoint Therapeutics, a company founded by Fortress Biotech, is taking a similar approach with cosibelimab, its potential best-in-class anti-PD-L1 antibody product candidate that is being studied for the treatment of metastatic cutaneous squamous cell carcinoma (cSCC) and NSCLC. Checkpoint can commercialize cosibelimab at a substantially lower price than currently available therapies while creating profit margins sufficient for business growth. The company anticipates top-line data for its pivotal cSCC study later this year to support a potential 2022 BLA. Olafertinib, a third-generation EGFR inhibitor for treatment of NSCLC, is another Checkpoint product candidate being evaluated by one of its partners in an ongoing Phase 3 clinical trial in China with a study design similar to AstraZeneca’s Tagrisso® and Pfizer’s Vizimpro®. If successful, Checkpoint intends to utilize the study to support an NDA submission as a potential first-line treatment for patients with NSCLC whose tumors have certain types of EGFR mutations.

“Fast following” is beginning to make an impact in pockets of our industry. Despite incumbents’ efforts to construct legal and regulatory barriers designed to protect their franchises, these treatments are beginning to grab market share. Two biosimilars competing against the rheumatoid arthritis drug Remicade have grabbed a combined market share of more than 16% as of July 2020. While that may seem modest, Bernstein analyst Ronny Gal estimated that biosimilars have generated $8.8 billion annually in savings and have begun to show signs of becoming a market-moderating force. In 2018, Rand Health Quarterly estimated that biosimilars could save consumers $54 billion over the span of almost a decade.

Launching incremental advances in healthcare isn’t new. Merck introduced cholesterol-lowering statins with Mevacor (lovastatin) in September 1987. Nearly a decade later, Pfizer’s Lipitor (atorvastatin) made its debut with a longer half-life (allowing greater flexibility for when patients could take the medication) and provided to be more effective at lowering LDL-C levels. Several years later, the statin market expanded again with AstraZeneca’s Crestor (rosuvastatin), which led to another improvement in the class, as Crestor was proven to be more effective at lowering LDL-C cholesterol (Cardiovascular Therapeutics, 2020). Although Mevacor sales peaked at $1.3 billion in 1994, Lipitor saw its sales high of nearly $13 billion in 2006. And while Crestor only peaked at $6.6 billion in 2011, it still sustained annual sales up to $5 billion for several years following and prior to AstraZeneca divesting the drug late last year.

This new fast-follower model faces a number of headwinds. Incumbents will do what they can to protect their lucrative franchises. And even though the upstarts are following similar development paths to currently marketed products, there’s still no guarantee that these products will get approved. Further, will patients want to switch to a lower-cost alternative if they’re on a treatment that works for them?

For the biopharmaceutical industry, and more importantly the patients that we serve, now is the time to see if this model can work. This effort holds the promise of improving access to difference-making treatments without sacrificing quality and ultimately lessening the burden of cost.If these upstarts are successful, winners will include patients, payers, caregivers and investors.

About Lindsay A. Rosenwald, M.D.

Lindsay A. Rosenwald, M.D. is Chairman, President and Chief Executive Officer of Fortress Biotech. He has served as a member of Fortress’ Board of Directors since October 2009 and as Chairman, President and Chief Executive Officer of the Company since December 2013. Dr. Rosenwald also serves as a director of Mustang Bio, Inc., Chairman of the Board of Directors of Avenue Therapeutics, Inc., and a director of Checkpoint Therapeutics, Inc. From November 2014 to August 2015, he served as Interim President and Chief Executive Officer of Checkpoint Therapeutics, Inc. From 1991 to 2008, he served as the Chairman of Paramount BioCapital, Inc. Over the last 25 years, Dr. Rosenwald has acted as a biotechnology entrepreneur and has been involved in the founding and recapitalization of numerous public and private biotechnology and life sciences companies. He received his B.S. in Finance from Pennsylvania State University and his M.D. from Temple University School of Medicine. 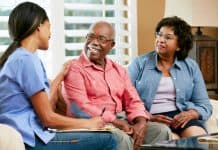 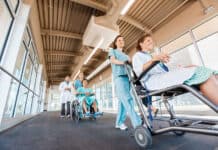 For Healthcare Organizations, the Patient Experience Is Paramount